After having results for my Autosomal DNA testing from AncestryDNA for a year and four months I am finally just now getting New Ancestor Discoveries.  I had contacted them last year about not having any despite my both my Mother and my Daughters test having In Common New Ancestor Discoveries that I should have also have gotten since my daughter would have gotten them from me.
Their response was a canned one see copy and paste below:

I told them that their response was not logical given the info I mentioned above.  My tree does have almost 9000 people in it but that is hardly large in comparison to a lot of the trees hosted there. 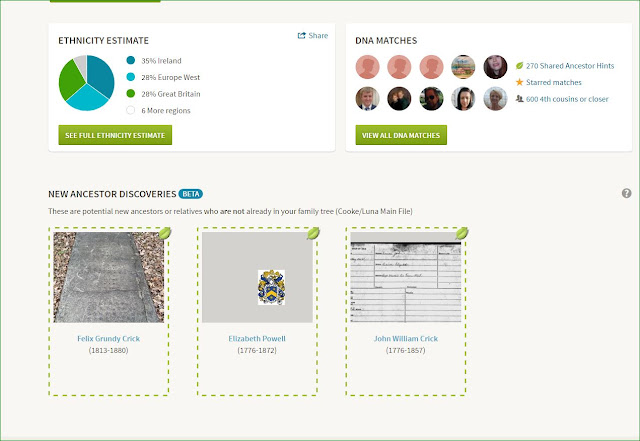 In addition to these New Ancestor Discoveries I also have a  new milestone of 600 4th cousin or closer matches.  Perhaps my sister's DNA results will be in soon.  The status on it went to lab processing last week.

Posted by Marie Cooke Beckman at 11:55 AM