I've spent the last few weeks pouring over old letters postcards and receipts that my grandmother had in her scrapbooks. I was able to get a lot of information about where my grandparents lived at different times by studying things that you might not think would contain genealogy information. 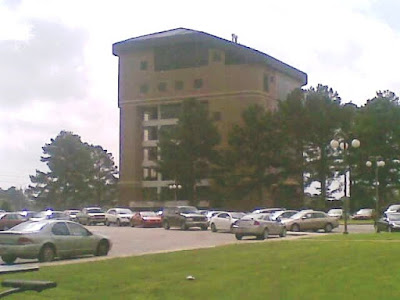 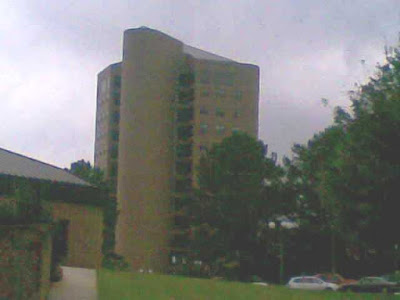 Posted by Marie Cooke Beckman at 3:43 PM No comments: 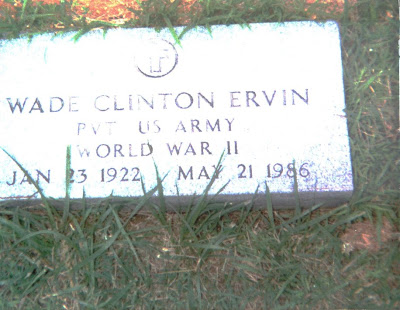 Saturday Night Genealogy Fun post about the Increase of my great grandparents got me thinking about their children. Below are the census entries for their sons--John Lemuel Cook, Thomas DeWitt Cooke(my grandpa) and Wm. Clarence Cook. Click on images for closer look.

Posted by Marie Cooke Beckman at 3:25 PM No comments:

They had 25+ great great grandchildren(2 deceased)

They currently have at least 8+ GGG grandchildren of which I'm aware.

Wm G Cook's grandchildren lost touch with each other because they really never had family gatherings after 1960s.
There are Rowland, Graves, Cook, Hargrove, Brannon and other great great grandchildren I'm sure with whom I've not been in contact.

Facebook has been helpful to get back in touch with several cousins. 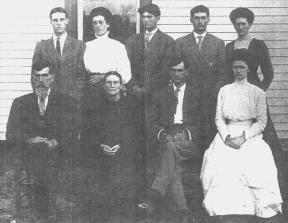 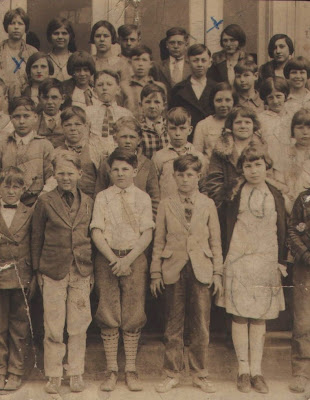 This picture is probably from the late 1920s. The two girls to the right of the X's
marked on the picture are my aunts(left to right)
Viola White Cooke Agee and Magnus Cooke Snoddy
I believe this is in front of the Dupont School in Old Hickory TN
Posted by Marie Cooke Beckman at 9:51 PM No comments: 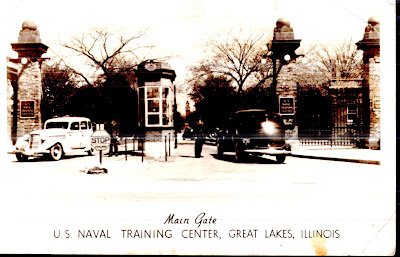 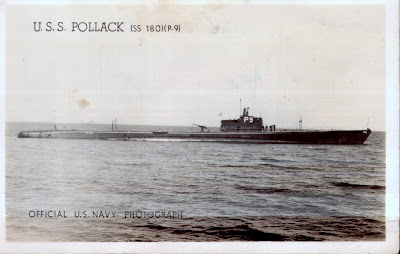 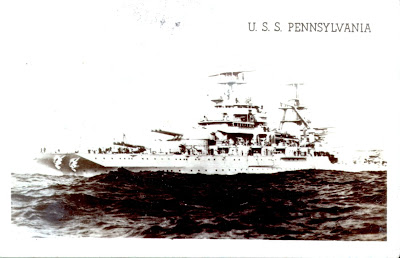 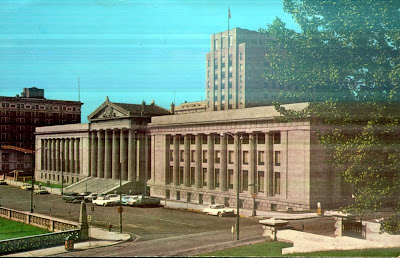 This is the War Memorial Building in Nashville Tennessee probably from around the late 1950s perhaps the early 1960s. 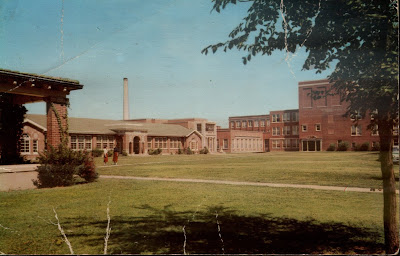 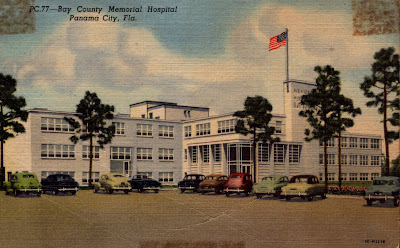 This postcard was sent to my Grandmother Pearl Gray Jakes Cooke
It is of the Bay County Memorial Hospital in Panama City, Florida.
It is postmarked from Panama city on Nov 28 1952 and the postage was 2 cents.
My Grandmother's address at that time was 1209 Calvin Avenue Nashville, TN.
The note is signed from Bill however I don't recognize it as my father Bill Cooke's handwriting. I think it has to be from someone on the Jakes side of the family because it mentions my Grandmother's sisters. 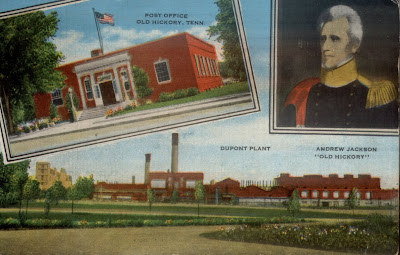 This postcard was in my Grandmother's collection. It was not one she received or that was mailed. The subject of the postcard is the town in which they lived, Old Hickory Tennessee. My Grandfather(her husband) was an employee of the Dupont Company that built the town of Old Hickory and retired from there in the 1950s. 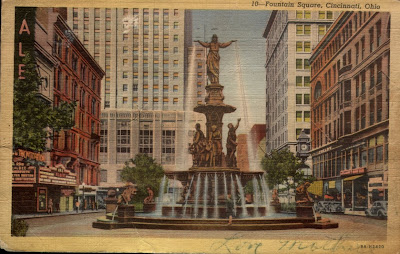 Sent by my Grandmother Pearl Gray Jakes Cooke to her eldest daughter Magnus Cook on June 8th 1945 from Washington DC. The scene is one of Fountain Square in Cincinnati OH. Postage was 1 penny. This documents that my Grandparents were still living at 911 Dodson St, Old Hickory TN in June of 1945.
Posted by Marie Cooke Beckman at 11:06 AM No comments:

The instructions from Randy's Geneamusings Blog

I really have very few childhood memories. My earliest I guess would have to be of my Grandpa Cooke. He died when I was two years old yet I remember toddling into his room(he was in the last stages of Lung Cancer) and my Mom & Grandmother trying to get me out of it. I remember him speaking though I don't remember exactly what he said. My Mother some years later told me that he'd told them that they didn't have to rush me out and that it did him good(my unplanned visit)

My next memories were of me starting school. We lived in Charlotte TN at the time and my parents were renting an old farm house from Ralph Taylor. It was close to a cow pasture and I remember at times the ticks were soooo thick on the screen door that it made it hard to see through. I didn't attend kindergarten but started school in the 1st grade in 1974. I was in Mrs. Rachel Weaver's first grade class and I rode the bus to school on my first day. I still remember being scared...it was Mr. Petty's bus. I remember a few of the other children who I think were in Mrs. Weaver's room as well: Lorne Christy, Reid Nicks, Deborah Greer, Daron Richardson, Steven Dawson, Timmy Gibbs, Cynthia Talley, Marsha Sutton and Cindy Procter. A few others from Elementary School were Cynthia Bell, Thom Spicer, Joe Springer, Branford Vaughn, LaTonya Corlew, TomCat, Tonya Travis and Chris R. Caldwell. The teachers would bring a television set into the classroom and would let us watch PBS shows such as "The Electric Company". It was the start of the Sesame Street Generation. For 2nd Grade, my teacher was Mrs. Elliot. I thought the world of her. We got to make molding clay in her class and I can still remember the smell. I was only in her class for a few months before my family moved and I attended Burns Elementary School until the redistrict. Those two months were long enough for me to have one of my most embarrassing moments of my life. I think this happened during a test but it might have been while we were doing seatwork. I'd been bouncing my head off my eraser...unfortunately I forgot I'd turned the pencil around and I broke the lead off in my forehead....something I still have 'til this day.....lol. I remember bleeding a bit and not wanting anyone to see...and then Mrs Elliot noticed... I don't have a picture from 2nd grade in Mrs. Elliot's class. I don't know if we had them made before I moved or not and I don't have one from Mrs Richardson's 2nd grade class which I was in after we moved either. I'd love to run across a copy of the 1st grade group picture. My Grandmother misplaced mine and I've not seen it in years.

Another memory which was a bit funnier looking back than at the time it happened was when I had asked for a bike for my birthday. I don't remember which birthday it was but I do remember my Dad buying me this HUGE tricycle and telling me it was even better than a bike cause I could ride my two brothers around on the back part of it.....yeah right Dad...Love you anyway!!.
Posted by Marie Cooke Beckman at 4:16 PM 2 comments:

Thanks to Thomas MacEntee, a fellow blogger, for his comment on my earlier blog post about my Putman/Putnam lines. My Putman line came over from England where it was Putnam and according to several who have researched the earlier ancestors was Puttenham in the 1400s. There is a book at Google Books(see below) which tells a bit about the name.

The passage speculates that Puttenham was from the Flemish word putte which means "a well" and ham of course meaning home. This would have it meaning a settlement by a well. Strangely enough in Bedford Co. TN where my Putmans settled in the early 1800s there is an area named Putman Well which was in earlier times also called Putnam Well. Talk about redundancy

As Thomas mentioned the "flip-flopping" of spellings causes us to have to research both names or risk missing out on something. That's also true of my Pitman/Pittman/Pitmon line which has a variety of spellings and which I've also seen confused with Putman/Putnam. Don't get me started on the frustration of researching my maiden name of Cooke or my mother's maternal grandmother who was a Hale. Another blog post perhaps.. :-)
Posted by Marie Cooke Beckman at 9:37 AM No comments:

I do not have the details to most of my ancestors' arrival in America. All are in America by 1790s so I've listed two of my lines that I have the most details about. I don't have alot of details about these two lines however...ANY is more than I have about some of my other lines.

The Putman/Putnam Line's arrival
Thomas Putnam is my GGGGGGGG Grandfather
Bill Putman has the details of my Putnam/Putman lines coming to America in 1647 on the ship Increase.


The Shropshire Line's arrival
St John Shropshire is my GGGGGGGG Grandfather
According to research done by the Shropshire(surname) Society
St. John Shropshire was tried and convicted of a felony in Derbyshire, England.
Initially he was sentenced to death however in March 1690 his sentence was reprieved and he was ordered to be transported to America and arrived in Virginia.
Posted by Marie Cooke Beckman at 8:36 PM 1 comment: