The People in the Pictures

Last week I wrote an email to the Clawson(MI) Historical Museum inquiring about Alice Shallow Buchanan. Alice was the wife of William Buchanan(b. 1873) and was listed as a widow in the 1930 census(see below) living in Clawson MI. I wanted to know if Alice worked in Clawson at the town hall as a Stenographer or did she merely work IN Clawson.

I heard back from Melodie Nichols, the curator of the Clawson(MI) Historical Museum later that day, She responded that she would see if she could find anything and get back to me in the coming week. Today I received an email from her which included 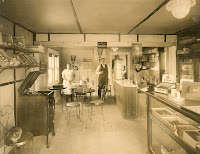 The picture of Frank & Julia helped me to identify them in some old family photos that weren't labeled. I'm so glad that I wrote and inquired about this history. Things like these bring the people in the pictures to life. 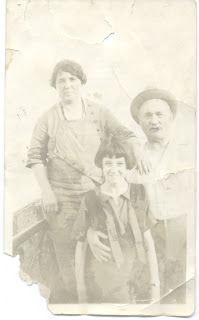 Posted by Marie Cooke Beckman at 7:09 PM No comments: