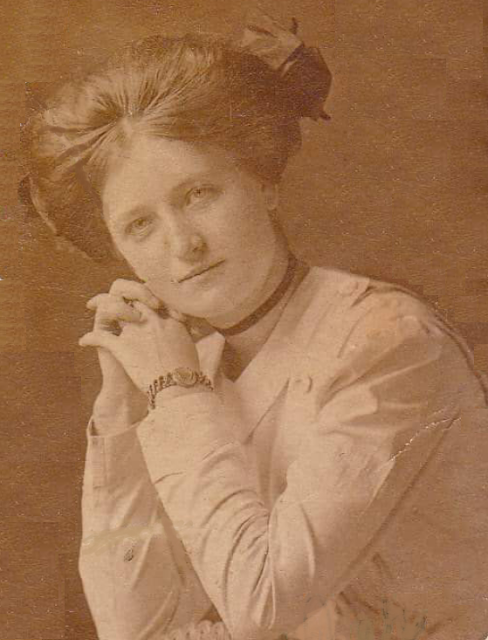 Today is the birthday of my Paternal Grandmother, Pearl Gray Jakes Cooke.  She was born on this day in 1891 in Bell Buckle, a town in Bedford County, Tennessee to James Jakes and Thelitha Ann Frizzell Jakes.  She married Thomas DeWitt Cooke in Shelbyville, TN in 1912 and they lived in Christiana(Rutherford Co. TN) until they moved to Old Hickory in the mid-1920s when Tom went to work for Dupont.  They lived on Clarke Street in Old Hickory for the first few years and that is the residence they were living at when her only son(at that time), Tomie D.  died with Scarlet & Rheumatic Fever in 1927.  That loss stuck with her as it would any mother and I think it played a huge part in her being overprotective of her children.  At the time that Tomie died, my grandmother was pregnant and 2 months later she delivered another son, my Uncle Morris.  The picture shows Tomie D., Olive June, and Pearl not long before Tomie came down with the illness which swept through the community. 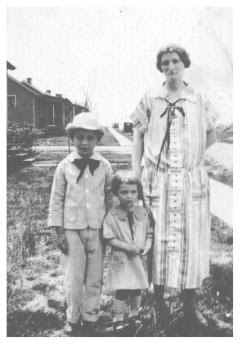 At the time Old Hickory, TN was pretty much a company town with the vast majority of the residents employed at the Dupont Plant.  After Tomie's death, they purchased plots at Mt. Olivet Cemetery where he is buried along with my Grandparents and several of their children.  They must have moved to 911 Dodson Street not too long after Tomie's death because they are on Dodson Street by the time the 1930 Census rolls around.  It was the year that my Dad was born but he would not arrive until October so he was not enumerated on that census.  Daddy also came down with Rheumatic Fever and was bedridden for a great length of time.  I'm sure this must have been tough on not only my Dad who was in Elementary School, but also on Pearl who I can only imagine was fearing that he too would die.  He didn't though...not until many years later.  Daddy joined the service during the Korean War and Pearl insisted that they were not going to move from the house on Dodson St as long as he was away.  When Dad returned home he worked at Dupont for several years.  Pearl was in her late 70s when I was born.  Dad was their youngest son and my parents didn't start a family until my Dad was 38. By the time I was old enough to have memories of Pearl she was in her 80s.  She was stern...but she had seen a lot in her lifetime.  The loss of a son...disease outbreak,  wars...the transition from buggies and horses to automobiles.  She and Tom had 3 sons and 4 daughters. 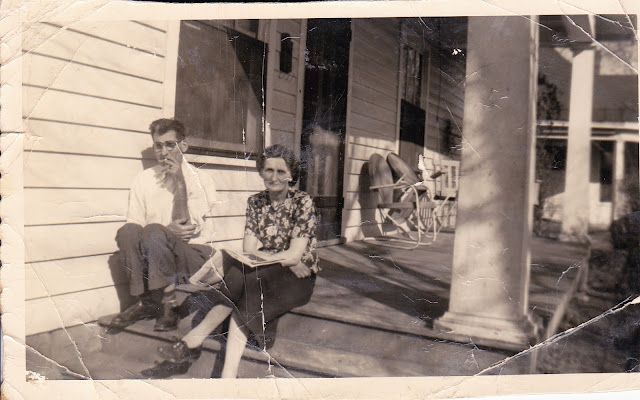 My Grandfather retired from Dupont and in 1970 they along with my parents moved to Dickson TN.  My Grandpa was dying from Lung Cancer. and Emphysema  He passed in 1971 another loss for Pearl and our family.  During the biggest part of my childhood, my Grandmother lived in the same neighborhood that my parents and I did--Spanish Oaks in the Pomona Community of Dickson Co. TN.  The things I remember most about my Grandmother.  Before moving to Pomona she used to make Kraut in a crock on the large shaded porch of the house where she lived on North Charlotte Street....as a child I was fascinated by the bright green flies.  Kids are weird and I was no different.  She loved flowers.  She planted them everywhere.  She made good homemade wine...and if you coughed while you were visiting her...she would give you some of the wine for your throat.  We coughed a lot.  She also thought that a shot of whiskey could ward off a cold.   After she hit her 90s, her present-day memory failed but she could remember things from her childhood.  I always loved to hear her stories.  She had good and bad days...she could bless your heart in one breath...and tell you where to go in the next..they called it hardening of the arteries but I guess it was dementia.  She would hide money....and she had a small pistol which we were always taking away from her so she wouldn't hurt herself and she was always finding.  The first curse words I ever heard were said by her.  I remember her getting a self-propelled lawnmower.  She was in her 90s...she would put it on "rabbit speed" and hold on for dear life.  I always wondered why she didn't pick the slower speed.  She must have been doing something right though because she lived to be 102 years old.  Happy Birthday, Granny Cooke!!
Posted by Marie Cooke Beckman at 8:56 AM