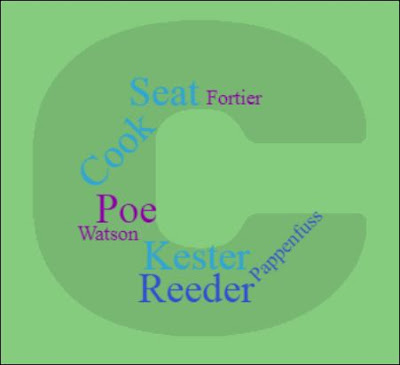 I spent today looking at the obituaries of 3 of the children of Jefferson Gideon Cook(Uncle of my paternal grandfather).  These guys were my Paternal Grandfather's Paternal 1st cousins which makes them my 1st Cousins 2 times removed.  I was amazed at how much information was included in their obituaries.  Gideon's children for which I do not have an obituary are: