D. Hamner King was the son of George Peay & Lucinda Tate Gooch King.  There is a short biography about him included in the Madison Co TN section of Goodspeed's History.  [I scanned down the biographies and noticed that there seem to be several of them with Williamson Co. TN ties.  The information listed below is a timeline of the events listed in the Goodspeed bio.] 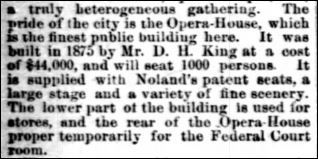 From a section of the paper devoted to Jackson, TN
The Times-Democrat (New Orleans, LA)20 Nov. 1882 pg. 8 column 1 (1)
Images at www.newspapers.com 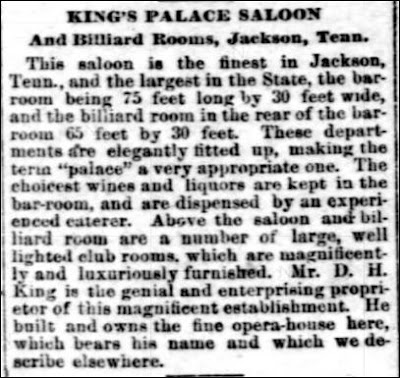 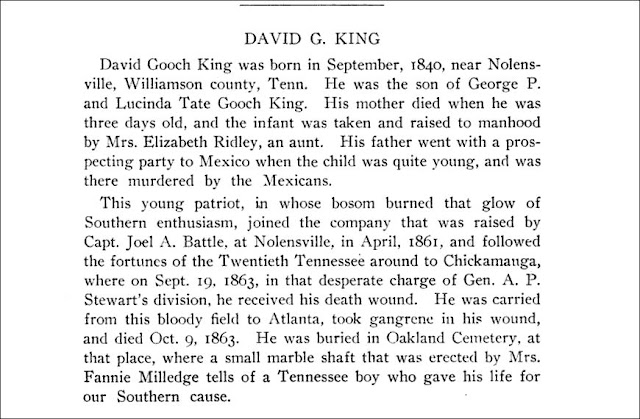 The aunt who is mentioned as having raised David Gooch King was a maternal aunt as she was Elizabeth Gooch before her marriage to Beverly Ridley in Williamson Co TN. David Gooch King's bio carries over onto the next page(424) "David Gooch King came of good parentage than which, on the Gooch side there were none better in the state" (4.)

I found conflicting information as to whether their father, George Peay King, went to Mexico. An unsourced statement in several online trees at Ancestry.com says he left for California in 1849 during the gold rush and was killed in Texas.

Also, there seems to be another Lucinda Tate Gooch who married Joseph Kimbro in Rutherford Co TN in 1822. That's ten years prior to the marriage of George Peay King and Lucinda Tate Gooch who marry in neighboring Williamson Co TN in 1832.(5.) Maybe the elder Lucinda is a paternal aunt of the younger Lucinda. I'm fascinated by seeing the Kimbro connection as the Kimbro/Kimbrough family was around my own King lines who were in Williamson, Rutherford and Bedford Counties in TN. Some of my Kings moved on to Weakley and Carroll Co TN area as well.   Not sure if these Kings are related to my King line. A male from our King line is currently doing the YDNA testing and hopefully, that should provide some insight into our Kings.